John Lachin was born in New Orleans, LA. He received his B.S. from Tulane University and his Sc.D. from the University of Pittsburgh. He joined the Center in 1973 as statistician for the National Cooperative Gallstone Study and later became the Principal Investigator. John served as Assistant Director of The Biostatistics Center under Max Halperin from 1980 to 1985, then Co-Director from 1985 until 1988. He served as Director for 12 years before becoming Co-Director from 2000 – 2010. In 2010, he became Interim Director until October 2012. He is now Professor of Biostatistics and Epidemiology, and of Statistics. From 1995 – 2005 he was also the Director of the graduate program in Biostatistics jointly administered by the Department of Statistics in the Columbian School of Arts and Sciences and the Department of Epidemiology and Biostatistics in the School of Public Health and Health Services. John is currently the Principal Investigator of the coordinating center for the NIH-funded Epidemiology of Diabetes Intervention and Complications study, an extension of the Diabetes Control and Complications Trial, and the newly funded coordinating center for the Glycemia Reduction Approaches in Diabetes: A Comparative Effectiveness Study (GRADE). He is also a Co-Investigator for the Diabetes Prevention Program Outcomes Study and the Restoring Insulin Secretion (RISE) Study. 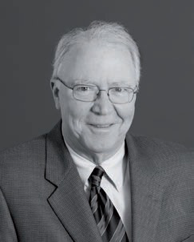