In 1972, Sarah Fowler joined the newly formed George Washington University Biostatistics Center as a statistician working on the NICHD-funded Women’s Health Study and Minocycline in Rheumatoid Arthritis Trial funded by the NIAMSD, among other projects. Among other aspects of the design, management and analysis of clinical trials, Sarah was interested in the application of computer and database technology for improving the quality of trials and from 1984 to 1986 she was Director of Computer Operations at the Biostatistics Center. After 8 years away, she returned to the Center in 1999, first as Co-Director and then as Director of the Center for over 9 years. Sarah has been the Coordinating Center Principal Investigator for multiple projects. Currently, she is PI for the NIDDK funded Diabetes Prevention Program Outcomes Study (DPPOS). Previously, she served as Coordinating Center PI for the NHLBI funded studies Prospective Investigation of Pulmonary Embolism Diagnosis (PIOPED II and PIOPED III), Prevention of Events with ACE Inhibition (PEACE) and Sarcoidosis Genetic Analysis (SAGA); the NICHD funded Chorionic Villus Sampling and Amniocentesis Study, the NICHD Maternal Fetal Medicine Units and Neonatal Intensive Care Units Networks, the Dysfunctional Uterine Bleeding Intervention Trial (DUBIT), and the NIA funded Sites Testing Osteoporosis Prevention/Intervention Treatments (STOP/IT). 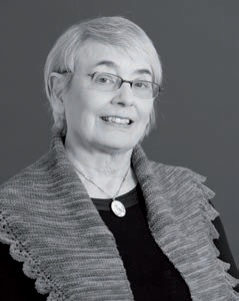