Ray Bain received his B.A. (1975) from Franklin & Marshall College and his Ph.D. (1981) from Emory University. Ray joined the Center in 1986 as Statistician for the Angiotensin Converting Enzyme Inhibition in Diabetic Nephropathy trial and Principal Investigator of the RADIUS Study. After six years he became the Associate Director and later the Co-Director of The Biostatistics Center until 1999. Ray also became the PI of the coordinating center for several additional major projects including the Diabetes Prevention Program (DPP) sponsored by NIDDK, Medical Treatment of Prostatic Symptoms (MTOPS) trial sponsored by NIDDK, A Clinical Trial in Overt Nephropathy (ACTION) sponsored by Alteon Inc., and both the Maternal Fetal Medicine Units (MFMU) and the Neonatal Intensive Care Units (NICU) Networks, which were funded under a single cooperative agreement (NICHD). He also took over as PI for the Angiotensin Converting Enzyme Inhibition in Diabetic Nephropathy trial (co-sponsored by NIDDK and Bristol-Myers Squibb). 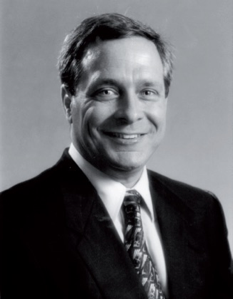